Lilly Schneider: What motivated you to write your book? 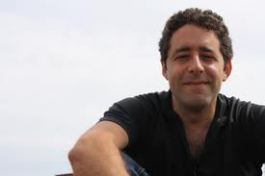 David Franklin: It’s complicated. I’ve been doing counseling, coaching, workshops and facilitation for years and have a strong desire to create a new paradigm around what being a man could look like. I’ve realized that so many of us share a similar struggle. I think somewhere in the back of my mind I thought that one day I’d write a book. The idea came up, and my partner was like “Just do it.” So I sat with it for a couple weeks, and then I just started writing it. I think I wrote it in three weeks.

David: It just kind of came out. There really wasn’t much planning or forethought, but it’s a culmination of the work I’ve been doing for the past twenty years.

Lilly: Could you tell us a little about the work that you’ve been doing and the work you’re doing now?

David: I do individual coaching, and I also facilitate groups and workshops for men. In my work, I emphasize embodiment and presence. Rather than only talking about issues, my work focuses more on creating present moment change, in a way that men can then practice and take into the rest of their lives. Rather than a theoretical experience, it’s about providing practical tools men can use, to ultimately feel more connected to who they are, and discover more of their authentic self. My work combines numerous modalities and practices that I’ve studied over the years –from meditation to ecstatic dance, to music, to core energetic therapy, to various coaching styles all rolled into one. 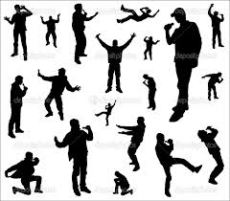 Lilly: So then does your book, as an extension of your work, provide exercises, and things people can do, with clear guidance?

David: There are fifty practices in the book, and they probably comprise the majority of the book. The rest of the book is more talking about where I’m coming from, what I’m proposing, and then how to actually achieve it.

Lilly: Was there an intended audience for the book?

David: It’s really meant for everyone. I think to some degree, the men who are going to get into it more are men who have already started thinking about it a little bit, or might have some idea that there’s more to what it means to be a man than what everyone takes for granted. I think anyone could pick it up regardless of where they’re at, and really get what I’m talking about—and do the practices. I also was hoping that women would look at it as well, hopefully women who are moms, or who are involved in raising boys— it will give them greater awareness around the possibilities of what it can look like to be a man so that they can parent or work with boys differently. Or for that matter with their partners—although a lot of times I’ve found that for men, when their partners want them to do something, they’re even more resistant to doing it.

Lilly: So how did you get on this path? How did you find that this was your work?

David: Since I was young I had a sense of wanting to create real change on the planet. I didn’t necessarily know what that would look like, but I knew that something else was possible beyond how things were, and I just felt a strong call to do something about it, to step into leadership and to take action to create change. As a teen I went to a lot of counseling, as a client, and in my very late teens started exploring more spiritual practice, spirituality. Through those things I began to become a lot more aware, and also a lot more self-aware. I was twenty or so when I first joined a men’s group. I’d heard about men’s groups from a friend who had joined one and at first I was like, “Huh, that sounds kind of weird, I don’t understand.” Then he explained his experience and I was like “Wow, that sounds awesome, I would love something like that.” From that point on I experienced a strong resonance with it, both because of my own struggles as well as connecting and seeing how it impacted so many men. How men are expected to be seemed like such a burden to so many men, and I just really felt called to do something about it.

Lilly: What do you see in our society that concerns you, that motivates you to do your work?

David: Men, historically and in our culture, have more power. And I think that men with that power very often misuse it, in a lot of different ways, because they’re so disconnected from themselves and from other people. A lot of our political leaders are men. A lot of people in positions of power and who make decisions are men, a lot of people who have control over how things get done are men. Realizing that, if you look at our world and the things that are happening, a lot of those things come as the result of decisions that people in power (men) have made. I think women have more so than men been willing to look at themselves and become more aware, maybe challenge themselves and challenge a lot of norms around how things are in culture. Many men really haven’t gotten there yet, and are either ignorant or in denial or stubborn, or just really don’t want to give up their power. If things are going to change, men are really going to have to step up and take the initiative and not wait for women to tell them to change or do it in reaction to that, but because they feel, “Wow, this really isn’t working” and that they have the power to do something about it.

Lilly: I think most people in the Western world would say they’re aware of the gains of feminism, the women’s liberation movement, the women’s empowerment movement. But this could be a men’s liberation movement hat perhaps the average person isn’t aware of. Carol Gilligan says in a recent interview we did, “matriarchy is not the opposite of patriarchy, it’s democracy.” Democracy is power with, not power over. 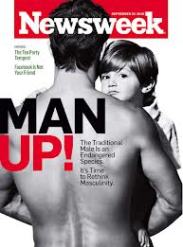 David: In the late seventies, early eighties, there was definitely some men’s movement stuff going on, but at the same time it was nothing like the women’s movement. Where it gets tricky is people say “Oh, what’s the need for a men’s movement? Men have all the power. They’ve got it easy, they’ve got it good, so what do they need to change anything for?” Unfortunately that’s what keeps everything in check. People assume that men don’t suffer from the patriarchal system. But if you look at a lot of things that are going on in the world, it’s because men have problems and they’re not really looking at them. That impacts everyone. It impacts men, it impacts women, it impacts children, it impacts the planet. Men have all these things going on that aren’t really being acknowledged. Sure, they do have the power, and at the same time, look how they’re using it. Or misusing it. 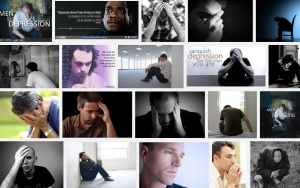 David: In my work there’s the initial challenge of just getting men to acknowledge that there is a problem. Because most men don’t want to look at it. Getting men to be open to the possibility of something beyond what is, or getting them to really look at themselves, is really challenging. And a lot of time it takes something really drastic to force men to look at themselves. It takes a midlife crisis or some severe event before men are like “Whoa, I feel totally disconnected from myself, from my family, I don’t feel happy with my work, I don’t really feel intensive meaning or purpose in my life, I feel kind of empty.” But a lot of men just don’t want to admit that. And again there’s the catch-22, because men’s programming sort of enforces the “don’t look at those things” attitude. The programming focuses them on achievement,  being big and powerful and having a lot of money; all those things that ultimately empty — not really fulfilling. So just getting men to hear the message is probably the biggest challenge. And again, the challenge is getting past the conditioning men have, getting men to be willing to feel and express their emotions, and communicate more openly with other people, getting them to have accountability for themselves and for their lives; getting them to be more active parents, and more active partners, and to actually do work in the world that’s meaningful, and that means something to them, rather than just doing it for a paycheck, just because they think it’s something they’re supposed to do.

Lilly: Thank you for talking with me today, David. Your work is so important. Best wishes.

Radical Men can be purchased online at David Franklin’s website, or checked out at your local public library. For more info go to: www.davidfranklin.net

For more info on important work by men, check out TTC board of advisor mentor, Jackson Katz. http://www.jacksonkatz.com